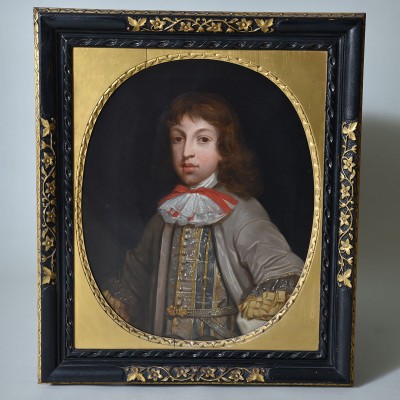 Oil on Canvas in Ebonised and Giltwood Frame

Charles Howard (1630-1713) of Greystoke Castle, Cumbria. Painted here as a boy. Charles was the fourth son of Henry Frederick Howard, 15th Earl of Arundel and Elizabeth Stuart. Although it was his father’s wish that he would inherit the title, Duke of Norfolk, his brother Henry obstructed this. Charles sued Henry through the House of Lords but the case was not resolved in his lifetime.